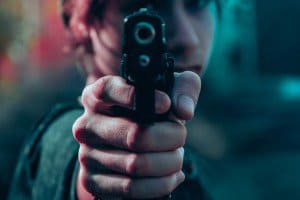 When my bipolar disorder was active I was too busy fighting it to realize how much I was fighting. The amounts and variations of symptoms were endless, it seemed.

Out of curiosity I went to a bipolar forum and charted all the symptoms and life problems that the members had dealt with over time.

This took me over eight hours to complete.

When I was done I was shocked to see that I had personally experienced about 90% of the items on the list.

There were over 100 specific complaints and issues raised. I had lived almost every one of them.

I obviously knew that my life had been harsh but I’d never mapped it out like this before. It was hideous!

What follows is a short list of just a handful of the many ills a bipolar or even severely depressed person can be up against on any given day.

A drain on family and friends

This plays out in two ways. Between the depression, dissociation and similar funks, you become almost, or entirely, physically incapacitated.

You won’t cook for yourself, won’t do your own laundry, won’t bathe, won’t care for your paperwork such as bills; won’t even get out of bed.

To your own self you become useless. Others are forced to care for you as if a limb was broken or you were laid up with pneumonia.

You can also become and probably already are a psychic leech.

Between the need for others to keep an eye on you for your own good, your forceful center stage opinion sharing antics or your incredible neediness, you suck your family’s emotional centers dry.

Their mental limits are tested by you and your illness in every conceivable fashion.

My two wives could not keep up when either was still by my side. And my family only kept up by the skin of their teeth.

Only parental love and the faith that I would somehow pull out of all this kept my folks going.

I am eternally grateful for their love and support as I did in fact, eventually pull out.

Here’s a biggie. Any major illness can isolate you from the rest of humanity, but bipolar has extra dimensions to this.

Many “well” people do not believe this disease is even real.

You, of course know, painfully so, that it not only exists but is incredibly powerful in its ability to make you feel pain and terror.

These other folks think you should just “snap out of it”. As if. So you’re weak and it annoys people and they then avoid you.

The disorder is so mind-numbingly bizarre in the feelings it creates within you, that many have a hard time even finding the words to properly describe it.

So they don’t. They just stay alone and eat it.

The same feelings show on your face even if no one can name them. But they cause the sick person to give off a bad or strange vibe.

People pick up on it and again, they avoid you. Further isolation.

And finally, you are most definitely not working on any social skills, as you are too busy hanging on to the remaining threads of any sanity you still have.

This situation makes it to where you can’t even meet and talk with other bipolar people.

You now have total and utter isolation draped over you like a coat as you sit down to a big steamy bowl of Lonely.

Even I can’t fully describe how bad this hurts and I lived it for years.

This one was a gem I treasured every chance I got in the Really Bad Days.

My mind became capable of developing 5, 6, or 7 random unrelated thoughts simultaneously, and then pursuing each down its own avenue of development.

I could track tangents in this inner conversation down about 3 or 4 levels.

I could hear all 7 conversations in my mind at the same time.

It was maddening beyond comprehension.

This mental storm became the very reason I fell off the wagon more than once, after I’d attained 7 years of sobriety.

No drugs given to me by the psychiatrists would make this noise stop.

But I knew if I drank hard enough, everything would stop.

This led me to 2 more arrests, a couple of fights with civilians and one pretty decent brawl with 4 cops.

I was a madman. All from a mind that fed me inane information faster than I could comfortably process it.

There are people out there now who are just like I was then. They need to know there are options for healing that they have no awareness of.

People supporting the sick people need to know they too have options for their loved ones.

And the ignorant people need to know this is not a make believe illness.

The photographer of this post’s featured photo: xandtor