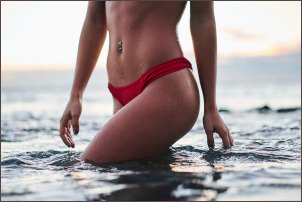 So, I’ve been nursing this torn up elbow along (not to mention other maxed out joints) and my lifting is finally getting back to normal.

This means I can root out and expose the inner beast.

I had my first official adrenaline rush today since about January of this year. It was practically orgasmic to me! I got that sense that I could hurl steel until something ruptured and still wouldn’t want to stop.

But I’m pragmatic and I protect my joints like never before so I only went so far. But dammit it felt great!

And now the End is Nigh! At least the end of this series. It’s gone well.

Feedback from you all out there has been positive and supportive. I appreciate all the kind messages you’ve been sending.

As Richard Marcinko would say, “Thou art doing it right!” I love that guy’s “Rogue Warrior” series. Check him out!

You really need to get your hands on “The Da Vinci Method” to fully comprehend this. But in a nutshell it means you are not or cannot express your creative side properly. You’re doing it in a way that brings you chaos and pain.

I have been the epitome of this lifestyle pattern. You’ll love this:

It stems from a huge sexual drive that is not meant to be entirely used for sex.

It’s an urge in some of us that is based in the carnal sports. But if you were healthy, you’d find a way to channel that immense energy into a worthwhile endeavor.

Sex has been a cornerstone of all I choose to think about and do in one way or another. Now I know why.

I have since learned to refocus this energy I have and put it into writing, speaking, exercising, and just plain thinking/planning.

It’s a wellspring of ideas and drive, if you can adjust how it wants to express itself and steer it into other creative projects.

Apparently, it’s a huge problem for people like me. And with all I’ve learned about myself over the years I agree.

Now, please don’t be misled. Sex is still a monolith of gigantic proportions in my mind. And I like to make sure I do my best to, well, do my best when the time arrives.

But I now see how it drove me into self destructive behavior as well.

Not everybody who’s bipolar has this to fight with. Just some of us. I highly suggest you read that book “The Da Vinci Method” and see if what’s inside it rings true with you.

The clarity you’ll gain, as did I, will be earth shattering in its significance to you leading a better life.

This is common enough amongst our tribe. The world is our oyster and it’s just packed to the gills with what we perceive to be pearls.

Every damn thing grabs your attention and you either find it intensely interesting and must pursue deeper, or it just has you and you can’t stop thinking about it even if you want to.

You end up starting multiple projects that eventually lead nowhere, never to be completed. Or you lose your focus in a day, because there is a traffic jam of data competing for your attention simultaneously. Either way, you suffer.

The thing is, this is another hidden gem of a strength–IF–you can learn to control it!

There’s not one damn thing wrong with a brain running full tilt, as long as you can maintain focus on one project at a time or at least soundly prioritize.

And it feels so much better than racing around trying to put out all those fires. I know this from personal experience. My system It Takes Guts To Live Well can deliver this ability to you just as it did to me as I developed it.

Maybe you’d like to stop the medications. Or maybe you just fear running out or being stranded from your stash.

Either way, you can’t envision life without them, regardless of the probable lack of quality that makes it up.

Sometimes I still feel this way. It hits me for no reason and it’s more of a consideration than a fear on my part.

What if I crash in some way I can’t foresee right now? I have no meds on hand. What would I do?

Meds never did anything for me except fuck me up as my symptoms worsened anyhow.

What exactly is there for me to fear? I have nothing to go back to even if I decided through some freak of nature that I wanted to.

THE MEDS DIDN’T WORK FOR ME.

I’m sorta forced to have faith in my system. But it really works so…

How completely apropos that I end the series on this note.

I hated what my meds did to me and the fact that they didn’t work on top of it. Many others feel the same. The side effects are many and they all suck.

And the best for last.

This is a fact:

cause the very symptoms you’re taking them to stop! They feed your pain. This is proven kids.

Hear me now and believe me later, these drugs are killing you.

Beauteous! I didn’t plan the order in which I presented the symptoms but that worked out swell!

If you’re new to me or just been busy, dig through my past posts titled the same way. There are ten of them. Read them all and see if we match. Then revel in the fact that I found a way out and can bring it to you.

I’ve stated elsewhere, if I knew of these things years ago, and was told the only way to get them was to beat someone bloody, there’d have been one more ER patient that day.

Your pain meant nothing to me. Mine was all consuming. That’s how bad I felt and how twisted I thought back then.

Don’t get to where I was. If you’re already there, hang on. Get my book and get your life back.

The photographer of this post’s featured photo: Mantas Hesthaven