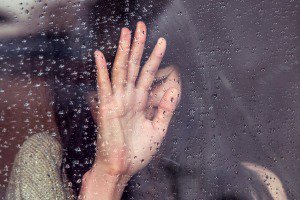 And we’re back! Part six of bipolar symptomatology.

I was just talking to a new neighbor recently and he gave me his understanding of what bipolar probably felt like; what he thought it felt like.

He was a nice guy, very funny, but woefully off base as to how deep and severe the pain of this illness runs.

He has family who are struggling with something similar and he gives them quasi-support.

Do whatcha gotta do with your therapist. I’ll be out here waiting in the car…

He, of course, wants the best for his family. But his attitude (he gave me a few more details on his view of therapy) is one that is sadly the norm amongst people who have never suffered with this.

They just don’t get it so they demean it. They devalue it. Not always intentionally but same result in the end.

Don’t get me wrong. I’m not expecting anyone to self flagellate with the knotted whips across the exposed back or anything. But shit! Dig a hair deeper for compassion.

Believe your friends and family when they tell you it sucks more than you can imagine. It hurts in ways that can’t be clearly explained. It’s just a freaky thing to feel, let alone describe properly to another.

Please remember that if you are the healthy one in the equation.

If you’ve been poo-poo’ing your friend’s symptoms, quit it!

Just tell them you care and will help any way you can, and maybe do a little research of your own (get my book – wink wink, nudge nudge) and try being a supporter instead of a critic.

You more than likely won’t ever truly understand what they feel, but you can be very loving or helpful to them, which will aid their recovery immensely. On with the list:

You just get written off. Apropos of what I just said above, a little. Some people get isolated through this and fall through the cracks. The only ones who even see them are cops, psychiatrists and guys like I was, guarding the emergency rooms and lock down wards.

It’s one thing to find others like you who understand and then search for relief together in a healthy fashion. That’s what support groups do.

It’s another thing entirely to get with a similar soul and then wallow in the pain together, and subsequently do all the avoidance activities together that lead to doom; drinking, drugs, etc. Do the first thing, not the second.

Holy shit! I didn’t even know they still did this to people until I read the forum that helped me compile this list. I’ll argue this one to my grave. I can’t see electricity pulsing through the brain as being any kind of productive in the long run.

The sufferer has a family to support

I was in this group twice. And I was failing both families. I couldn’t even take care of myself let alone provide the love and support and income that a family requires.

You drag down all around you as you become less and less functional. Leads to a laundry list of painful life experiences.

Each time I lost a wife it was like having my heart tore out with a rusty fork.

This is quite a horrible thing from what I’ve read. The hormonal change brought on by pregnancy is huge.

After the birth, there is a system wide crashing and/or over production of many hormones. This can cause an extremely severe case of depression. Opens the door for some women to then allow bipolar to come in.

All of your hormones work in conjunction with one another. It’s called the hormonal cascade. I learned from bodybuilding that it is very dangerous to tinker with this cascade.

Change one little hormone level and all the rest are thrown into chaos. Pregnancy does that very thing but at a higher magnitude. I can’t imagine.

Some people are fortunate to find relief in their place of worship. This makes total sense. Spiritual health is key to mental health, regardless of your religion type.

I address spiritual health in my book but espouse no one particular religion. I believe you must get to where you and the Universe see eye to eye a little better. Insert whatever word fits in place of Universe.

Same thing. You and the everything have to come to some sort of a healthy understanding together.

People leave your life that you really wish would’ve stuck around.

Deep down you are vulnerable. You don’t truly feel secure in a fundamental way. This can happen at any age.

But the worst is when you’re a child. A big part of what I’m about is helping people to stop living their adult life using a set of rules they acquired as a child. Everyone does this. Everyone.

Most, if not all, do it unconsciously. This will continue until you figure some things out. It just takes longer for some and others never get this at all. I can help you get your head around it.

Similar to mood swings. You are the crazy one who operates almost purely on impulse. This was me for years. Never knew what shit I might pull for my own or the group’s entertainment.

Beyond that, I’d sometimes get intensely angry over things that did not rate that level of passion. I’d become positively murderous over innocuous issues.

I’d argue with family or anyone over just about anything, and depending on the situation, I’d be ready to fight just about to the death. Even if I knew I was wrong. I didn’t care.

There was no telling, not even to myself, what might set this off in me. It made those close to me very wary.

I’ve touched on this before. I call bipolar the Leper of Mental Illnesses. People shun you, misunderstand you, think you’re just plain strange, even when you personally feel normal.

Or they could be totally accepting of you but YOU are having the problem of adjusting to THEM. It goes both ways. Either way, you eventually become an outcast in society.

Suicidal Tendencies has a great song entitled just this! And they make a valid point within that song but I’m sidetracking a little here.

I was put in a lockdown ward once. I also worked in one for two years. Let me just say I would not want to be a patient and have to deal with pissing off the employee that I was in the same setting.

To a violent patient I was that “worst nightmare”. My only concern was my team’s and the staff’s safety. As it was said in the last “Aliens” movie, “I am not the man with whom to fuck!”

I’ve also been in jail a bunch of times. Just overnighters and I’m no tough guy who wants to prove I can handle time. But I ran out of rope after the very last incident.

I am now looking at prison IF I ever do any of the fun things I’ve done in the past. I don’t want to know what that’s like. I really don’t. But many of us end up in one or the other.

We’ll leave off on that Disney moment and continue later in the week.

What a life this is to lead whether you are the patient or the caring support. Both become victims to this illness. In my system It Takes Guts To Live Well I show you how to bring all of this ridiculousness to an end.

From when bipolar started really busting my balls and I had to go out of my way to deal with it, until the day I changed tactics almost eight years later, I got worse with each day.

I lived this list like I was being paid to do so. It all ended when I put the parts of my system into play.

The photographer of this post’s featured photo: Milada Vigerova