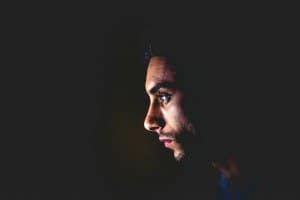 I’m just about done with this list. There’s no way I’d have even been able to remember that I once lived all this, if not for that forum I found.

It’s great for people to have a place to get together and be with like-minded souls but that’s only one small step in my opinion.

If something’s wrong in my world, I attack it.

Sometimes, as my mottled history shows, I attack all wrong.

I’m sure that will continue to some degree but I’m getting better at it all. Through the use of my own system “It Takes Guts To Live Well“, I am learning more how to communicate these important points to the rest of you.

That’s key right there. I don’t offer a one shot quick fix but an entirely new way to live your life, that will end your problems or at least bring them down to manageable size.

And it’s generic. One size fits all.

I wanted the pill that would make it all better, so to speak.

As I was to learn there is no pill for this, at least not one to be depended on for any great length of time.

And eventually those little pills start to exact their own fee for consuming them. Now you have two problems.

This all pissed me off and forced me to find what I did.

I had none of you in mind as I did this. I was just trying to survive.

It was many years later, and with the prodding of many people around me, that I finally decided to share what I learned with the rest of the world.

But let’s continue with the list so you’ll see that I understand, or help you better understand, if that’s where you’re coming from.

These are big items on many bipolar sufferers’ to-do lists.

They were for me. I did things no one will ever know about. They weren’t my fault because my mind was broken but I knew how I felt after the fact.

I wore my guilt and shame like a porcelain tub slung across my back. Mostly I kept it to myself. But it was unbearably hard.

Later, as I got better, I no longer cared about what I’d done. At least not in the same ways. I accepted it and moved on. I’m truly OK with some really dark shit I did.

Will I share this stuff in order for others to learn? Yeah…I’ll get right on that. Ha ha! No. But I don’t persecute myself anymore and neither should you.

The other two hobbies you enjoy when you’re not busy with the above two.

I hated my life and I hated the world.

I went through many periods of being more than happy to rip your face off, should we not agree on an issue.

It didn’t help that I worked a lot of places where the threat of physical violence and the ability to make it a reality was a qualification to lead others.

Hell, sometimes your men wouldn’t listen to you if you weren’t intimidating! This went back all the way to the Marines for me. Go figure.

At other times, fear rules the day.

I had lots of that if the anger wore off. I guess something had to fill the void. Never a good thing though. Just more bad.

I hated the fear more than the shame. The things

I felt guilty about brought me to my knees and beat me while I was down there. But the fear just annihilated my whole universe.

Any sense of manliness, of feeling secure as a person…gone.

When my fearful moments hit I was as defenseless as a newborn baby left alone in the middle of the Interstate. I could not have possibly felt more vulnerable and alone. Pure terror.

I visited here often. I’ve written on this before. You’re just not all there, man.

It’s like how you feel when you’re on cough medicine. That Nyquil sensation of perceiving your world like you’re getting the news second hand.

It sucks because you are aware of it and you want it to stop.

It’s another way you are taken out of the Captain’s chair. You feel a slave to your illness.

It’s a duality. You don’t feel attached to anything, yet you are in a prison.

It’s an ethereal sensation. Like trying to tackle smoke. You can’t get recentered.

You’re stuck on a raft in the middle of the ocean but all your comfort needs are met. You’re not suffering but you’re still stuck on that raft. Get it?

Hiding your symptoms from the world

It’s the only way to stay employed for most of us. You don’t want to be shunned or labeled in some way by friends and family, coworkers, etc.

It works for awhile and you might even reach a maintainable level of existence this way, but two things:

I could be having a panic attack as I spoke with you but you wouldn’t know it.

Panic can present itself in more than one fashion. I started feeling it as a sort of electrical explosion throughout my nervous system. Numbness alternating with pressurized voltage pounding through my limbs and head, then dizziness.

I got to a point where I couldn’t hide it anymore or function for that matter.

The day I quit my last job, I don’t remember giving notice but I did.

My wife told me a year later that I stayed in bed and didn’t get up for the whole three days.

That’s where this all leads. You’re not living anymore. You’re enduring and probably losing hope as time wears on.

You don’t have a life that anyone would envy.

Bottling up true thoughts and emotions

This goes two ways. You feel so much that it’s hard to even get it out. You experience a mental log jam, a bottleneck in your thought flow. You can’t even see where to begin to share with others and it all seems desperately important to say.

Or, you know yourself and if you start talking you’ll say something you regret. You’ve done it countless times in the past.

I used to enjoy both these cocktails on a breezy summer afternoon!

This is humongous. You constantly feed yourself an inner dialogue reaffirming all the ways in which you are irreversibly fucked up.

I had the Heavyweight Championship Gold Belt in this for years! Nobody could outperform me in destroying me this way!

Once I addressed the physical factors of my bipolarism and took care of whatever outside negative influences in my life that I could, I then began to work on the inside.

You MUST stop doing this to yourself if it’s a regular part of your day. You MUST!

It’s too much to go into here but I lay into it in my book, as it is something I had to do mighty battle with, as should many of you.

Life gets unbelievably better when you learn to reverse this bad habit and tell yourself good things instead.

You’ll add ten or twenty years to the end of your life and spruce up the middle quite nicely once you’ve learned to think right. Trust me.