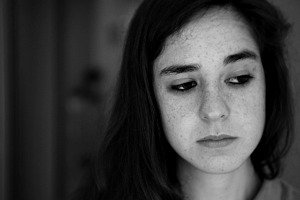 Well, for those of you this pertains to, I hope you had a great Father’s Day! I did!

My brother, father, and I went and did some fishing with about 40 other guys for the day. We had a blast!

I’m no fisherman but I was glad to spend the day with my family.

It was a total guy fest. Cursing and swearing, crude humor, and the eternal sibling rivalry that exists between my brother and I. (We have turned it into an art form here in our late thirties – I love my brother. Gimme a break.)

It was so relaxing to spend the entire day unfettered. Saying whatever I wanted, joking about endless taboo topics, pretty much just enjoying a lot of offensive material with a whole bunch of other guys.

I get pretty damn tired of Politically Correct this, that, and the other thing all the time. Nice to cut loose once in awhile.

My son, he’s five, gave me a t-shirt with his handprints in paint on the front. The caption above says “World’s Best Dad”.

This stuff is SO cornball…until your little boy gives it to you your first time. My first Daddy gift. I loved it!

Key symptom of course, from which the name is derived. This varies in presentation.

One moment you’re so depressed that suicide is not far off. The next, you are the undefeatable champion of your domain.

You can get stuck on one or the other for any length of time, or oscillate between the two with any variation imaginable regarding time span between swings.

Could be days, hours, or minutes. It can drive you crazy trying to manage it.

When you’re deep in the bipolar game, very few companions can hang on for long. This is a very, very hard illness to deal with as a witnessing partner.

The emotional popcorn machine that is the friend or loved one you once knew is too complex and too far gone for you to do anything with.

I lost two wives to it. And I lamented the leaving of both like there was no tomorrow. But I understood.

I wonder about this one. I’m speculating here but I think a lot of this is just shades of the same animal.

I do know that one of the companies I work with, Truehope, has had great results with many different nervous system illnesses even though their main focus is on treating bipolar. That has to mean something!

Probably just an offshoot of the depression part of things. “I’ll never make it. You go on without me!”

I think it’s a backwards way of instilling some self worth into the picture if you’re lacking.

I’m not judging anyone here, simply looking at it with a critical eye.

I amply shamed myself and hurt others in ways totally avoidable while I was sick, so I judge no one else.

You envy healthy people who can seemingly go about their day productively and happily.

Fuck them! They piss you off just looking at them. What a dark cave this is to dwell in. I was a dweller.

Drawn to the wrong people

This is simply the Law of Attraction. Like is drawn to like. You befriend folks just as mentally crippled as you.

This becomes codependency and with varying circumstances, can get quite ugly.

Or worse, you seem to have a knack for making friends with people who only hurt you in one way or another.

This one is too deep to dig into here. Suffice to say, you’re either settling or lowering your expectations which leads to your doom.

No longer naturally happy. No spark in your day.

On one hand, this comes with the depression because if you’re on the manic side, the reverse is true.

On the other hand the weird side of bipolar is coming into play here too. You’re not so much depressed as you are malfunctioning.

It’s as if you’re off in some fashion. It robs you of any joy in your day.

Huge one for me. I’ve written elsewhere about this quite a bit.

At some point you just realize that life is not panning out so great. You can sense that it could be better but have no clue how to make that happen.

You see others who have what you want but don’t know how to duplicate them. That’s all there is to it when you’re still somewhat clear.

As the illness gains in strength, you become incapable of addressing such a lofty problem at all. You’re too busy with basic survival.

This is the only reason I am here to tell you any of this.

Living with me was probably similar to having a heroin junkie in the house. I was erratic, ugly, and often scary to be around.

My family saved me by not giving up, and consequently allowing me to deal with this my way. Total support.

Some of you out there don’t even have that. I feel for you. Deeply. I hope maybe my work can fill a part of that gap for you some day.

I do know it’s a big help just to have someone on your side who both understands you and cares.

The other side of the above entry. I have never had NO help, as far as people directly stepping in in some fashion. But I received no relief for any of it either.

In the end, I STILL had to figure out my own path.

And I offer to you again, if this is where you are, maybe one day you let me be a someone to you.

That’s a full dinner right there. We’re over the halfway point. Can you believe the extensiveness of it all?

Now, most people have felt much of these things at some point in their lives if they’re old enough.

But bipolar is special in that it allows the lion’s share to hit you at once, in never ending fashion.

And the intensity level is waaayyy more up there than a regular guy having a shitty day or week.

It’s a full time job trying to survive this.

The photographer of this post’s featured photo: Pablo Varela