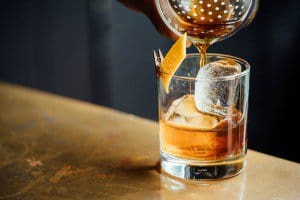 So I’ve been a little busier than normal today/night. Made my second video. But this was actually the first blogging video, so it will be number one in the formidable series I am starting.

I’ve been opening accounts at video sharing services all night long and learning all about them and enjoying the various mistakes I’ve been making along the way.

Gettin’ a lot of it ironed out though. I’d like to write about that whole process but I’ve neglected the symptomatology series too long so here goes:

That’s the socially acceptable term for smoking cigarettes, getting drunk, or getting high to deal with your shattered nerves.

I will, in fact, write a whole other book on this topic alone.

It’s one thing to lead a less than healthy lifestyle. However, we are more prone to total nuclear meltdown if we abuse our health in any way.

We’re partying with a deficit of health already cutting our legs out from under us.

I’m not preaching. I did it all too, right down to huffing shoe polish and chewing pounds of tobacco per day.

None of it works.

Being bipolar puts you in the unenviable position of having to behave more so than the next guy.

To go the other way and imbibe, in anything, is just asking to keep your psychiatrist in car payments.

This seemed to be a common undercurrent on the forum.

Many artists of all types and people saying how they felt the overwhelming need to create using all kinds of media.

We are not able to run at half speed. We operate at the extreme opposite ends of any spectrum. All or nothing. If a task falls in the middle, we’re not interested.

This whole area is covered extensively in “The Da Vinci Method”.

Not everyone who’s bipolar has creative capacity or urges, but many creative people are bipolar.

It’s one warped way that means bipolar is not all bad, if you can figure out how to control it.

Should you wish to gain that knowledge for yourself, just race on down to the link at the end of this post.

This is just the logically natural outcome for many bipolar people.

I’ve crept up on it myself. Only stubbornness and the sometimes minuscule desire to keep fighting, even though all hope seemed lost, kept me from digging into it further.

The pain and insanity and depression become too much after awhile.

If you believe that your life will stay this way, what’s the point?

Sometimes I think I often chose a slow suicide route as a lifestyle, not realizing it was what it was. I just didn’t care more often than not.

I didn’t want to actually die but I wasn’t the paragon of healthy livin’ either.

This is where many of us get. I did. Had to go on disability. It was a survival move.

But it’s not like I was insane. I knew what was going on.

That then made it very demoralizing to have to fight valiantly to be rated fully disabled. On the public dole.

I take and give nothing of worth back to society. That’s how I saw it and yet, I had no choice.

It is one hell of a pickle to find yourself in. Really grinds on your ego.

And there’s no saying you’ll even get awarded! You have to fight for it. It’s just sick. Again, total demoralization if you have any sense of character.

But that’s what it’s there for and if you’ve been a solid citizen up ’til this point and you’re hurting, go for it!

You are who it was designed for. Use it as a safety blanket and regroup under its protection.

This is simply negative self talk and living in the past.

If you live in the past (where you can fix nothing by the way), you will die in the present and have no chance for a future.

It’s all a matter of perspective. It’s done. Move on. Use it as a learning experience and rehone your approach to life.

It is not to be constantly relived. It is to be learned from to make better choices later on.

I perfected this one! I could bullshit my way through just about any interview and get hired. It was incredible even to me as I did it!

Half of my thirty some odd jobs were totally new excursions for me. Didn’t matter.

I learned early on that given enough time and utilizing my powers of persuasion, I’d learn the damn job. I’d hate it but I’d get it.

Problem was the dissatisfaction with most of them. I’d lose interest or get too angry. Then I’d quit or get fired.

Later it morphed into uncontrollable panic and even if I wanted to keep the job I couldn’t. Body and mind both would fail me.

You become the old man in the cave. A hermit. Never leave your hole/apartment/house/barracks even.

Yup. This hit me hard once, while in the Marines. I became what was called a barracks rat. Never went anywhere.

I didn’t know where to go! Nothing appealed to me.

Later in life, I couldn’t face anyone at all for any reason. I just stayed home except for doctor appointments. Years of this!

You become a dead man walking.

I looked into what 300 pounds was all about.

I even have a couple pictures. I have yet to scan them but I have no shame. You’ll get your tawdry thrills.

I had no clue until I got weighed at a checkup. Floored me!

I knew I was getting a little heavy but the last time I’d checked I was about 230, which was acceptable to me. Quite a shock when they gave me the news.

I doubled down though. My thyroid shut down too.

I craved sweets worse than the best Thai stick high I’d ever had! You’d think I owned stock in Funny Bones I pounded down so many of those things.

Does the above sound like your quicksand? You can get out you know.

The photographer of this post’s featured photo: Adam Jaime