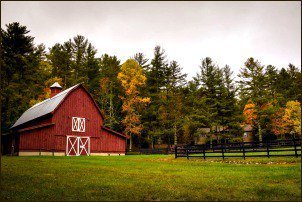 When you’re going after a dream, be it yours or someone else’s, be careful that the fires of enthusiasm don’t burn all you have to the ground.

I spent a couple years as a one-man support team for someone who held that same title for the rest of the world.

This particular partner was one of the most wonderful, entertaining, and intelligent people I’d ever met. But he was like a bottle rocket with no tail, constantly looking for the next can of gasoline to land in. The mess couldn’t get big enough to satisfy him. Of course, to him, this constant state of busyness looked like success.

And whenever I questioned the murky or nonexistent results we were getting for all this hard work, I got the runaround from a man who, I think, was buying into what he was selling, forgetting that he was making it up as he went along.

Know when to say “when”

Like I said above, this guy was a lot of fun and became a very close friend. He and I spent many hours together on these daily missions, frequently working deep into the night, and it gave us a lot of time to talk. During these periods, I got many personal issues settled in my head. And the same happened for my friend.

And we really did a lot of good for a lot of people. But the price I was paying eventually became too high and I had to bow out of the partnership. That was a hard thing to do. You’ll find I’ve had to do this a handful of times, here in these posts.

But I was seeking. I got connected with many people and became part of their worlds and projects and had so much fun doing it that I wouldn’t see the writing on the wall until my nose was breaking from being pressed against same.

I had every ounce of resources drained from me in every conceivable way as this partnership wore on. It was voluntary and I don’t regret it but there comes a time when the lesson’s been learned and evolution must occur. Here’s what I learned from this incredibly interesting period:

This one man helped in more ways than I can count, but I earned it. And I miss hanging out with him but our goal sets became separate. Neither of us could do both the thing we wanted and the other guy’s thing.

Just be aware of what’s going on around you and to you. Should you find yourself in a similar jam, just start saying “no” a little bit and gauge the reaction of the other party. You’ll know what to do from there.

The photographer of this post’s featured photo: Frances Gunn