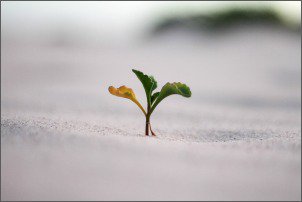 Even in the worst of tragedies lies the seed for opportunity.

I am the living, breathing example of this tenet brought to life.

My existence has been packed with wrong choices, bad judgement, and a masochistic attitude of “fuck it” that bordered on annihilation.

This resistance within me caused me to take the rebellious path wherever possible and helped lay in the foundation for my future bipolar disorder.

It all tied together

When the bipolar hit and then consumed eight years of my life, I suffered horrors of the mind and body that I would not have wished on my worst enemy.

I had no idea of the brain’s awesome capacity to generate baseless terror in amounts that defied comprehension.

I was forced to find my own way out of this, while acknowledging the fact that all the experts said there was no way!

But the rebellious part of me (the Marine war vet part) finally came to good use.

I did find a way.

I made it back to sanity and upgraded my entire life to a level I’d never achieved, prior to becoming sick.

A lifetime lived wrong and the illness that almost killed me, forced me into becoming what I always should have been.

A source of help for others.

A source of strength, which I’d always had but misused, that others could rely on when they were faced with the same hopeless scenarios I was.

In a nutshell, I took the absolute foulest beast of a lemon and made lemonade

I laugh as I type this! I have this odd ability to find humor in the darkest of situations. I never lost my sense of irony or my appreciation for the absurd.

Another strength as far as I’m concerned.

I found my seed and it has grown into a source of life enriching opportunity that just blows me away.

You too, can peer into your pain and find the lesson that is just waiting to change your life for the better.

No need to go to Parris Island to learn how, either! I can show you.