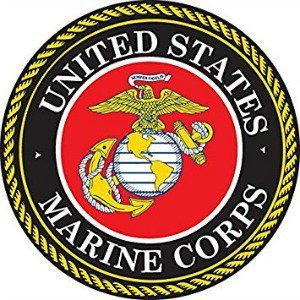 I’ve been trying to think what to say about the parts of being a Marine that I did enjoy and am still proud of to this day. I know what I feel but I’ve never voiced it much.

I’m so used to thinking like a Marine, even now, almost 16 years later, that I forget it’s not obvious to outsiders why it so kicks ass to hold the title of Marine.

As you read my posts over time, or read my book, you may get the wrong impression of how I viewed being a Marine.

Being bipolar made me uncontrollable and gave me a strong aversion to being controlled.

That is about one huge motherf***er of an understatement! It was the same for all my friends.

It’s part of the reason I hesitated for so many years before writing my book.

As packed with madness and belligerence as my tour in the Corps was, I was still proud to BE a Marine! Always!

My problem was in the mundanity of day to day life.

In trying to get me to obey the rules and keep my wild side bottled up I became more and more violent, psychotic, self-destructive.

I simply was never meant to be tamed. Not even by the Corps.

But when war came, I went willingly.

As a Marine I sincerely looked forward to killing the enemy. Really. They trained me to kill and I wanted to use that training.

We did have a certain amount of discipline. If we had to do something a certain way, then we did. It’s a little hard to explain.

There are aspects of being Marine that involves discipline on a subconscious level. You’re not aware of it.

You just act naturally in the way you were taught in boot camp and elsewhere as you progress.

We always liked the fact that we were the best of the four branches.

Oh, you can split hairs – I mean I’d never fuck with a Navy Seal or want to wrestle with a guy from Delta.

And some tasks were harder than others or involved more skill than I’d care to learn in another branch. But that’s not why we were the best.

But when you look through Marine history and see what we’ve accomplished over the years, REPEATEDLY, you’ll know why.

So as a way to clarify what it felt like to be a Marine (on a more cognitive level) please go to the following link: “What Makes A Marine A Marine”

This sums it up nicely.

All of my friends that were just as wild and out of control as I was: the mavericks, the guys who constantly got busted, the ones doing drugs and drinking like fish felt this same way too.

Regardless of how a man or woman (I knew some crazy ass chicks in the Corps) behaved or misbehaved while in, they always felt strongly about the sentiments and facts on that link above.

Hard core types may be miffed at our behavior but I could care less.

Me and my friends were the best Marines we could be and we collectively believe that to be pretty fucking good!

Yeah, that ought to do it.