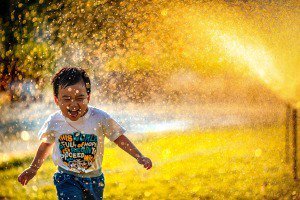 I am looking forward to finishing the symptomatology series but it’s heavy material.

We’re going into a holiday, so instead, I want to reprint a letter I just wrote to someone about over-enthusiastically shooting for the stars.

Unthrottled dream building was a major part of my world for awhile.

And it was a great learning experience that eventually led to my current profession of writing and speaking.

However, it was a scholarship I paid for dearly, in pain and loss. You’d do well to not exactly follow in my footsteps.

The reader is kept anonymous by request. You know who you are and thank you!

It’s a fine line between unrealistic and something that’s just damn hard to achieve and requires tons of persistence.

If you are bipolar you probably won’t be able to see which side of the fence you’re on. Only those close to you will see it.

You have to ask your family and friends for their honest evaluation of your dreams.

If they are limited thinkers, you can’t totally trust them either, but it’s a start.

You CAN, however, always strive to do better. Just don’t beat yourself up if everything doesn’t go exactly as you planned.

To stay sane, you must learn to roll with the punches, be more accepting of what you may view as defeats.

They are not just moments of you failing. They are learning experiences that show you how you’re missing the point in some area.

Rather than getting all torqued over your failure, try to see WHY you failed and then improve yet again from there.

That’s what Edison did and he seemed to make out OK.

Can overenthusiasm be contagious? Only if you allow it to be.

Mob mentality is one way people suddenly do things they’d normally never consider. Or it can be as small a group as your friend or partner.

If someone is important or special to you, their words have more weight regarding choices you will make. You will get caught up in their enthusiasm.

But that’s not really contagion. More like impression. You’re simply being influenced strongly.

I went through a period of about 5 years of this.

I tried to build businesses online and off. One almost worked.

I spent like crazy on the credit cards. I made no profit, ever, but stayed constantly excited.

To me, the big score was eternally just around the corner.

I had it a little worse than most. I had been in Amway for over two years and they brainwash the hell out of you. Really. You just WON’T give up no matter what.

This is admirable and necessary to succeed. The big question is, “Are you truly chasing what your heart desires?”

I tackled projects that didn’t excite me so much all by themselves. They just made sense.

For instance, I could give a crap about Amway’s products but their business plan made too much sense to ignore.

So I soldiered on and lost tens of thousands of dollars and ruined my marriage, too.

I repeated this form of doing business with dozens of other opportunities.

If you’re chasing a dream, that is great. Honest! Just make sure you love what you’re chasing. Then it’s not foolish. It’s honorable.

Also, don’t try to build a dream from the stance of desperation. This may be hard to pull off but it can be done.

The system I write about in my book is what I did to get better, to get relief from bipolar because my life was just torturous pain in my mind and heart.

But I got a number of unforeseen benefits.

One of them was learning what my true passion was and then having enough clarity of mind to follow it and build it.

I couldn’t mean what I said above more passionately.

To have a life worth living you must pursue a larger purpose.

Any purpose as long as it’s bigger than you. Just make sure it’s something you would love to do even if it didn’t make you wealthy.

Money’s important. We all have bills to pay and desires to fulfill. It’s OK to want a lot of it. It’s only a tool. But don’t treat each non sale achieving moment as the end of the world.

Don’t beg for your profit. If you’re doing it right, the money will show up in whatever amount it is you wish.

On top of that your stress levels, as you build your dream, will be low to non existent.

Just something I learned the hard way over the years. But I learned it and that’s what counts.

I could not have done so with the mind I had before I started using my system “It Takes Guts To Live Well”.

I didn’t even care about such things when I began building and personally using my steps, making myself my own guinea pig.

I just wanted to feel human again and ease my suffering.

Well, I did that. And once I did, a whole new world I hadn’t seen coming exposed itself to me.

The photographer of this post’s featured photo: MI PHAM