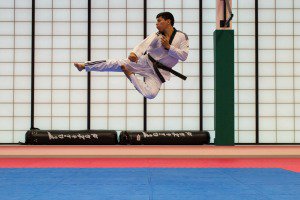 This is the continuation of my employment history tale of woe. Just shy of tearing the boss’ head off at the snack food distribution company, I decided the better move would be to quit.

I was on a Quixotic mission to defeat the beast with two heads; boring, unsatisfying days on one neck and not enough pay to give me the life I wanted on the other.

The two monsters came from the same body. A body built of complacency and silent despair.

It was a monster most can’t escape. I was no exception for a number of years to come.

Let’s see where the wind took me next:

That’s enough for now I think. One more installment will wrap this up.

So, yeah. This was my deal for so many years.

I tried very, very hard to find a job that made me happy and paid me enough to control my debt and make me able to have a vacation.

I never found this magical creature. Well, not during these years. I have since found what I’ve always been looking for. But it took a lot more years beyond what you just read above.

That was why I stayed at Dyno for five years after the Marines. I thought that was as good as it could get.

I was earning a slightly above average level of pay compared to most in my area and I had the chance to earn even higher with promotions.

But I was stuck in Low Aspirations City.

I distinctly remember telling my first wife during this time to “Forget about the big house on the hill with the three cars! It ain’t happenin’! We’re at the highest we can go! Deal with it!”

That was about 15 years ago.

Now? I can hardly believe I was ever in a state of mind so defeatingly complacent to have ever thought such a statement to be true.

We all want something different and it doesn’t have anything to do with money. It’s about a life well spent. Money works its own self out if you’re following your heart.

The photographer of this post’s featured photo: Uriel Soberanes