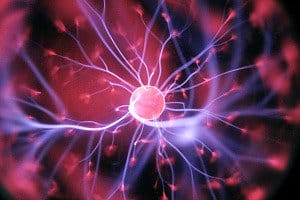 A very large part of being a Marine is in the fact that we’re willing and expected, to have the ability to do what others won’t or can’t do.

We have a massive capacity for accomplishment.

How many times have you watched a movie and the shit’s hitting the fan in a big way? Who does one of the characters invariably wish would show up to save them?

OK. Sometimes it’s the Cavalry, but mostly it’s the Marines.

“When are they going to send in the Marines?”

I won’t lie to you. When that happens in a theater, let alone at home, I will holler “Ooh-rah!” at the top of my lungs. Sometimes scares the crap out of others in the audience. It’s a big moment for me when this happens. I can barely stand it. 😉

Anyhow, you want to feel this way about whatever it is that you do online

And, more importantly, you want to be perceived as the best. It’s the only way you’ll get noticed above all the marketing noise and the roar of your competition.

Even if your mission is not profit-based (and all are in more ways than you can imagine) you still need to be heard and then considered.You have to grab them eyeballs and ears, somehow.

What is it that you do better than anyone else? You have to know the answer to this or you’ll never make any headway online, and damn little in life, for that matter.

The knowing of this is your map to your success. It is the foundation that the rest of the house sits on. It’s your compass in the storm.

And the people who’ll need you will find you.

This is a two-parter. Get found, then deliver. You need to be the best at both in your niche. And there are many ways to do this. There may be others who do something that seems to be exactly what you do, or want to do, who are already famous and huge. You’ll feel beat before you even start.

Don’t worry. This is a matter of perspective combined with your unique personality. We’ll either beat them, join them, or partner with them in some way to get you to the level of success you deserve. Your audience needs you to pull this off.

If you’re not even clear on what it is that you’re best at, well, that’s an area that’s near and dear to my heart. I’ll help you pin it down, then put it into gear.

The photographer of this post’s featured photo: Hal Gatewood