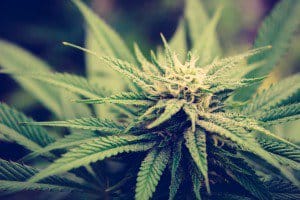 I’ve been utilizing a system of lifting then stationary biking to see if I can’t rediscover my six pack. I tucked it away somewhere back when I was about 26 and haven’t clearly seen it since. I’m glad to say that it’s surfacing somewhat.

I never used to have the energy to lift and do aerobics in the same session. Well, lifting’s progressed well enough that I’m back in that category again.

After blasting my traps and calves I decided cycling would interfere with the vomiting in the parking lot that I wanted to look into.

As always, I’m not gonna harp on the moral, ethical, and legal issues surrounding why you shouldn’t partake of the holy herb.

I’ll just address what’s happening to you if you have bipolar or are developing it.

I loved smoking weed right to death for quite a few years and that almost became a literal statement for me.

A little background: As I got older, I compared notes with all my friends that were my age about how the herbal activities were treating us.

The older we got, the stronger this feeling got whenever we smoked.

I had some very scary moments lasting 5 to 15 minutes apiece when tripping on shrooms or acid that I couldn’t explain. Very friggin scary!

They’d wear off and I’d enjoy the rest of the trip.

They eventually got strong enough that I became afraid to continue tripping. Just wasn’t worth it. No up side.

The weed was doing something similar to me. It was on a much smaller scale and I was able to rationalize or brave my way through it.

Until the “Big Night”

What an event this was! The full story is in my book so I won’t do a total rehash here.

But this night I had my first grand slam, home run, super duper, buy one get one free, panic attack.

It would not be for a couple more months that I found someone to actually explain to me what had happened. But short story was, no more weed for Kenny.

Actually, (this was months later) my new psychiatrist’s words went something like this:

Me: “Yeah, every day pretty much.”

Doc: “Do you smoke it to relax? Nerves shot? Stressed out?”

Doc: “Well, you’re gonna love this. The panic attacks that you are experiencing? The weed is causing them. THC is a direct exacerbator of bipolar symptoms. Want to feel better, make the panic attacks stop? Quit smoking weed.”

It’s one thing to know you have to quit a substance. It’s another altogether knowing what I just found out. Stop or die.

Of course, I had to experiment, just to be sure.

I tried smoking a few more times after that visit and I immediately got panicky.

I mean instant, stellar fear smashing down on me as soon as I blew out the first toke

Well, that’s good results from simple science right there. No more smoking for me.

Was it easy to stay away from? Technically, yes.

Read my book and see just how grand of a horror show my first panic attack was and you’ll understand how easy it was for me to avoid doing whatever would cause such an event.

But no. It sucked staying straight. But I had no choice.

It would be many years before I found something to help me lose the cravings entirely. For everything as a matter of fact.

It’s like this: When I was consuming, there were no thoughts about life without drugs. It was simply how life was. Drug filled. Simple.

As I was forced to quit, I then did battle with the longings.

I used to wonder how straight people seemingly went about their day with no thoughts of getting fucked up. “How is this possible?” I’d think to myself.

Then I evolved enough to realize that if I could figure out a way to not miss getting high or altering my conscious, I wouldn’t miss it at all!

I was so dependent on drugs that even though I wanted to be rid of them, and at this point actually was rid of them, there was still a part of me that continually wondered how to rationally get them back in my life.

It was a huge step for me just to realize that if I could stop missing them, they’d simply not be a factor in my life anymore.

Cripes, the vast majority of people live drug free every day and don’t give it a second thought

That is where you want to get your head to if you’re still getting high, drinking, tripping, even smoking cigarettes.

And if you’re bipolar or depressed you HAVE TO get yourself to this place!

One of the steps in my system “It Takes Guts To Live Well” covers this nicely.

I wasn’t even aware that it would happen as I learned to do it. I was looking for something else entirely. What a nice side benefit!

Anyone who tells you different is lying to you, and more so, to themselves.

I’ve had quite a few twisted folks try and tell me that getting high on weed, in particular, got them through their day better. Nope.

They may think so but shit. How great are their thinking abilities anyway if they routinely get high? Right.

Smoking makes you stupid. It’s half the fun in getting high.

I’ll never argue this with anyone. I know what the truth is. I only want to help you see it if you’re still in the game. Then your bipolar and depression will go away or get under control.

I lied to myself for decades. Don’t you waste that much of your life too.

The photographer of this post’s featured photo: Esteban Lopez