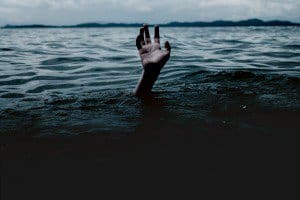 Bipolar steals your very life from you. It can sneak up in subtle fashion causing your life to crumble apart one piece at a time.

It can also appear like Rip Taylor in a David Lynch setting complete with exploding confetti, sparklers, noise and lots of laughs.

Something interesting to watch happen to someone else but no so hot if you’re the star of the show.

However it decides to become known, be it slowly encroaching or instant nuclear detonation, it can lead to the following partial list of symptoms:

Unable to maintain your skill set

If your job is technical, the ability to troubleshoot your way through a failed system or machine becomes too complex. It hurts to even attempt deciphering why your equipment failed.

Maybe your job requires a high level of enthusiasm or personal energy/physical energy on your part. You may become apathetic and unable to maintain such high levels of exertion.

Hate being defined by your illness

This one’s a killer. You are that “bipolar guy” or the “girl with head problems”.

You’re the “son with the nervous disorder”. You’re the “neighbor down the road who’s all screwed up”.

You are now an illness, not a person.

A debate about anything, even a good natured one, is impossible or too painful to consider, no matter what the parameters.

Forget about an actual hot blooded argument or a possible physical altercation.

You don’t even want to consider the ramifications of making someone mad at you in traffic who’s going the other way and has no chance of seeing you again.

You tread lightly in all situations involving the rest of the human race.

You no longer stand up for yourself even when the other party is clearly the one at fault. You embrace your meekness.

You develop big goals but can’t ever seem to follow through on any of them.

Life becomes a laundry list of uncompleted tasks. Nothing you start ever sees the light of completion.

You stay very busy doing nothing at all.

I myself turned this skill into an art form that encompassed ten years of my life. Lotta work that led nowhere.

You join in and feel the pain of others as if it was your own. You consciously bring other people’s misery into your life.

People that deal with this become a grand shining example of “do as I say not as I do”. And they never see it.

The bipolar makes their lives so bad that they feel compelled to help every other citizen on the face of the planet overcome whatever issue they may be up against.

Doesn’t even have to have anything to do with bipolar. It’s sort of a maxed out Good Samaritan angle gone horribly awry.

People who pursue this line of thought rarely help anyone else and least of all themselves.

The best this can do is lead to codependent commiseration.

You find a network of others who feel as you do, who are as dysfunctional as you are, and you band together for support and confirmation that you are indeed doing all that can be done for every other single soul in peril on God’s green Earth.

The only time this could be considered healthy is when it is focused in one area, on one group of people to be helped, thereby allowing some tangible good to take place.

To deal with the pain of their bipolar some folks will help others in a way that really is productive and therefore take their minds off their own troubles and gain satisfaction knowing they really have helped someone.

This is the difference between constructive assistance and spinning your wheels endlessly in an attempt to save everyone within reach no matter what the problem.

Any of the above symptoms can lead to massive troubles in anyone’s life.

But when you’re bipolar you get to enjoy many of them simultaneously and at strengths that the sane simply can’t comprehend.

But there is a way out. These situations can be made to go away or at least reduced down to the level of minor annoyances.

I know because I lived the above and so much more and I got well again. Find me.

The photographer of this post’s featured photo: Ian Espinosa