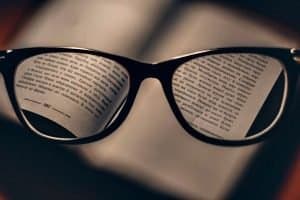 I view myself as being “bipolar prone”, rather than thinking of my bipolar as being cured

The difference between these two perspectives is a crucial one to understand.

And the reason for why my definition is more appropriate is hidden in a way not easily accepted by, or readily visible to most.

But before we even dive down these various rabbit holes, let’s get one major point clear:

It’s not MY bipolar

If you take ownership of the illness by thinking of it in terms of being “mine”, it will continue to hold power over you.

It’s not “yours”, thereby making it somehow an inherent defect in your makeup. No, you’re just “you”.

And the you that you are has these bipolar prone traits.

This is actually good news

Because there IS something to this illness that is a part of you.
But bipolar disorder is just one potential expression of it.

That means you have a say in whether or not it makes an appearance!

Yes, you’re more apt to become bipolar than someone not quite like you. But you’re not necessarily guaranteed to one day become sick with bipolar.

This is why I consider myself to be “bipolar prone”

There most definitely are parts to my personality and physical makeup which, if left alone, or conversely, irritated can become what’s called bipolar disorder.

I just found ways to treat those parts so that they never morph into a negative.

So “cured” would be a bit of a misnomer

Bipolar hasn’t been removed from my life, per se. But the irritants, masking agents, and lack of maintenance issues have.

There are things you take in that can irritate the parts of you that have bipolar potential. Remove these irritants and you have a shot at living the sane life.

There are masking agents, usually in the form of psychotropic medications or your own types of self medicating, that mask the real problems causing bipolar disorder to be in your life.

As part of a larger, comprehensive treatment plan, removing these masks allows you to address the actual issues causing you harm.

There are many who take their good health for granted and never have to directly take steps to maintain it. Then there is the rest of us.

We have no choice but to actively pursue self care and self development activities just to remain at “zero” like the others.

But it’s that last bit that makes being bipolar prone actually worth it!

Those of us forced to find ways to grow out of and beyond the limitations of our current selves and our current realities, just to get or stay sane, usually end up becoming more than we ever would have, had we been sane in the first place!

Bipolar Disorder being in our lives can ultimately end up being a gift.

Sit with that thought.

Uncover and review all you can of my site. Apply what you find to seeing bipolar as that gift. Watch what blooms from there.

You may end up grateful for all that’s come before.

If there’s a greater win to be had for people like us, I don’t what it would be.

I didn’t do a good job of matching what’s in the podcast episode with what’s on this page, which I wrote much later. But it’s close. And it’s all good. And I’m working on getting better with this part of things, for clarity’s sake. Thanks for your patience!