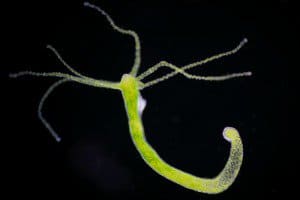 Bipolar is persistent in its attack on quality of life. Like the hydra, chop off one head and two more grow back in its place. Many times, the original head returns as well.

It’s like a mental weed that can’t be killed. Or can it? For right now, see some of the following symptoms, a tiny fraction of what I was up against for eight years and millions of others still are.

When we are for or against something we will support it with every fiber of our being. We have no middle ground. He who is not my friend is my enemy. Sex becomes an Olympic event. Arguing becomes Shakespearean in nature.

Anger turns to hatred at the drop of a hat with violence not far behind. Violence even becomes a first response reflex.

There comes a time when no buildup of anger is needed. You just explode simply because you disagree with what’s happening or being said.

Except for the sex part, this mindset usually got me in a lot of trouble.

However, the insatiable need for sex did help to break down my first marriage. In part, this was because my wife started feeling like a piece of meat rather than a loved partner.

In some cases this is fine, depends on the couple. I’ve since experienced both situations but I eventually understood (after I got well again) how this used up my first wife’s patience in this area.

Both are hallucinatory. It is common enough amongst our tribe. I personally never had this happen without the aid of various street drugs, but then, there ya go.

You engage in repetitious motions throughout the day. You feel compelled to do so and you will freak out if you don’t address these compulsions.

I had a version of this. A line from a song would get in my head and I would hear just that line, over and over and over. All…day…long. Wouldn’t stop until I went to sleep. It was maddening and it went on for about two years for me.

I also could never stop tapping my fingers or twitching my hands. Never. Usually I was tapping in time with that ever present tune in my head.

You’re classified as a “dreamer”

Head’s in the clouds. Never addressing reality and being the responsible citizen you should be.

This is a double layered bipolar problem. On one hand, at face value, it’s true. You probably don’t have much to show for all your daydreaming and constant creative outbursts of ideas.

I dealt with this as I tried to build business after business, both online and off, in an attempt to never having to be an employee ever again. But none of my plans ever worked back then and as far as results went, everyone around me was right.

On the other hand, this creative ability can lead to wondrous lives and produce works of art if it can be managed properly. So don’t totally eat yourself up if this is you.

Address the fact that you need to find a way to be productive so that you can survive in society, learn how to tame your creative side and then put it to work for you, bringing you the life of your dreams.

Nobody around you understands your illness, what it truly means to be bipolar

This has been the single most isolating experience of my entire life. It has isolated me from others here and there over the years, but once it kicked in full bore I was truly a man alone.

It’s very hard when you’re ill to find the right words to express the more bizarre attributes of this disease.

It’s like trying to describe tripping on LSD to a person who never has. There’s just no way for them to understand.

That doesn’t make it their fault but it does make it hard for them to help you or fully comprehend how truly bad your nightmare of an existence is.

Bipolar is becoming much more prevalent in the media. I don’t know if that’s due to better detection or simply the fact that it’s hitting more people, due to how modern life is affecting us. I believe it is a combination of both.

What I don’t believe is that there is nothing to be done about it besides eating endless amounts of medications. In my personal case, that approach utterly failed me.

Thankfully, blessedly, there are other options. Those options are what I’m all about.