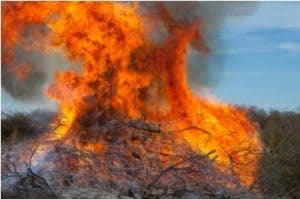 It’s a roaring fire – lots of energy, with a brittle and grey fuel source that has no hopes of escaping the maelstrom.

The heat near to it would be too much to stand. The air around it unbreathable.

It consumes everything within reach and without proper supervision, might well extend its destruction beyond its original target.

I suffered from Bipolar I at a few points in my mental illness journey. I was also cursed to experience a mixed state near the end.

My bone crushing depressions were fed by the atom bomb manias

I really can’t do it justice with words. But I’ll try: Just uber-violent depressions. My heart felt like a blue dwarf star. Black hole gravity inside my soul. Take all the hate in the world, infuse it with PCP and then cut off it’s oxygen.

I suffered in such a severe fashion that I honestly don’t know how I didn’t commit suicide.

And that’s important to know if you’re supporting someone with this form of the illness. It can become too much to take.

I used to joke, darkly, that one had to be in excellent shape in order to be this sick. It took guts to withstand all that malignant energy.

Glad I got out. Glad I’m still here. Hope you’ll read my system and find peace for yourself.

Here is what the National Institute of Mental Health (NIMH) has to say on it:

“Bipolar I Disorder is mainly defined by manic or mixed episodes that last at least seven days, or by manic symptoms that are so severe that the person needs immediate hospital care.

Usually, the person also has depressive episodes, typically lasting at least two weeks. The symptoms of mania or depression must be a major change from the person’s normal behavior.”

The NIMH version doesn’t even come close to hinting at the power involved. Of course, theirs is not for dramatics. They’re just laying out the guidelines.

It’s my job to bring you up to speed on the true battlefield scenario. Hope I did OK with my end in that.

If you’re in it, you can get out or get it under control without using drugs. Or at least, not so many.

If you’re a supporter, this is what your patient is enduring. It is hard on you both. I could never get my family to truly understand the depths of my hell.

Years later, they told me of the helplessness that they felt as they watched me suffer. The two types of pain are different but one is no less important than the other. And both can drive either party insane.

Follow my system and maybe you can make a dent in it or shut it down, as I did.