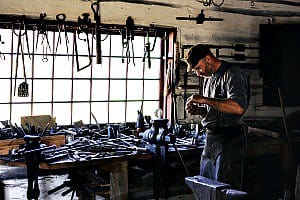 I spent some time on a forum for bipolar folks awhile ago. I took eight hours to go through every reply to a post regarding the symptoms involved. I wrote down every identifiable ill that was mentioned.

The general public, when asked about this, seem to only be aware of the mood swings – the ups and downs – and maybe they are aware of the panic involved.

What they are not aware of is the intensity of the ups and downs;

the mind blowing strength of the panic attacks and the host of other symptoms that are a regular part of many bipolar sufferer’s days.

I was personally astonished to see that I had experienced almost every single item on that list.

It was such a fight and lasted so many years that I couldn’t see the forest for the trees.

But the fight was so huge that only when I read this list did I truly see how many obstacles I’d overcome.

Here are a few of those obstacles I and others have faced:

You have withstood all the crap you are capable of and it has now become too much. It starts coming back out. You break down.

You don’t need to have been in a war like I was for this to happen. I firmly believe I had PTSD from my childhood years before I went into the Marines.

The Marines just put a finer point on it. I went pro, if you will.

The granddaddy of ’em all. You MAY have been pretty damn righteously scared at times in your life.

But no matter how scary that scene may have been for you, it pales in comparison to what a good solid panic attack has to offer.

It is a mind boggling amount of fear that strips away all control from you. You just endure it and wait for death. But you lose your mind as you endure it.

You can’t turn it off. The fear grows rapidly and exponentially. It becomes your entire universe –all that you know – in seconds.

I used to routinely experience panic attacks that lasted for HOURS!

I could write for days about how awful this is and what goes through your mind as it’s happening.

They can be triggered by known factors or appear randomly for no reason whatsoever.

There is nothing worse.
They can drive one to suicide.

Bullied as a kid.

I lived this like so many others. I was a stick growing up.

But I came out of the Marines about three times the size I was when I went in and I was psychotic. I channeled it all into lifting weights and anger.

I could easily smash anyone who had picked on me as a youth and that was sweet. But the damage had been done.

I believe I’ve been bipolar my whole life.

Other kids picked up on the fact that something wasn’t quite right about me. I didn’t match the herd dynamic properly.

Everyone knows how vicious kids can be to one another. They’re heartless and merciless at times.

I was singled out mentally and physically and often beat on by others, as that’s how bullies establish their domain.

This is not specifically isolated to bipolar kids, of course.

But if it was part of your youth, it probably has a place in your subconscious as a bipolar adult. And it’s working on you, weakening you from within. Matter of fact, I guarantee it.

Mental illness diagnosis as a child.

This is just how it is for some kids. And they really are sick. But many are diagnosed as ill when the truth is the parents or school can’t manage them as well as they’d like to.

There’s nothing actually wrong with them, beyond fluctuating hormone levels or some other easily adjusted element, but they cause a disturbance in their environment either at home or in the school.

It’s a disturbance that no one has the time, energy, manpower or will to look into further to see what might be causing this behavior. So they’re medicated into compliance.

If there truly was no real illness to begin with, you can bet the medication and treatment they will endure as children will actually install a nice, solid, ACTUAL illness as they become adults.

It never would have been there if not for the earlier misdiagnosis; a totally avoidable horror.

I worked for a time in a children’s home. I saw this very thing take place time and again.

Warehouse them for the requisite amount of time, dope them up and keep them still, until it was time to push them back out of the system.

That was one of the saddest and most frustrating jobs I’ve ever held.

I am eternally glad I learned what I did and got my life back. And as a father of one boy, you can bet I already take steps to make sure this genetically transferable illness never gets a foothold in my son’s mind.

It can be done. It’s been proven to me by others and I’ve since proven it on my own.

I can help you with your bipolar fight as well.