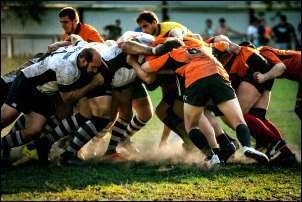 The Corps is all about building leaders and expecting us to continually strive to reach that next level in taking command. But there’s always someone above you for most of it.

If you’ve read my book, you know that I was a barely tolerant follower for my entire time in service. Just didn’t suit me. And to my own detriment, usually, I fought being told what to do on a moment-by-moment basis for five years.

However, I also enacted a lot of change once it had been made clear that I’d discovered a better way of doing things than what the book preached.

That aside, I did follow a few men and women faithfully during my time in the Corps

These people made me proud to be their follower because they knew how to lead me in a way that optimized my strengths. Even my lunacy and anger. (I really was some incredible challenge to most of my bosses, then and later in life.)

I liked following someone who made sense and who operated from a place of reason. I also knew when following the plan, even if I disagreed, would be preferable to the fight that would ensue should I not follow. Depended on the prize involved, as I saw it.

And I loved it when the team won! Our team. My team. My shop. We were an incredibly insular group.

As I build all that is my online presence, as well as my offline network, I strive to find people who feel the same way about moving the team forward. Sometimes people join me to help my team grow, and sometimes it’s the other way around. Because in either direction, we both win.

This is something to keep in mind as you grow and move forward on your mission.

If you do all of this right, you’ll have your own team

And in order to scale up and out, your team will probably have to become part of someone else’ team. That can take many forms. Some overt and some subtle.

Just know when it’s time to let someone else lead the way and place your ego to the side so that you may learn from this person.

Also, know when a limit has been reached and it’s time to take control of the reins again, should the need occur.

As your business grows and you network more, be on the lookout for sources of help and know when it’s time to accept that help and do as you’re told.

Especially if it’s from someone who is where you have yet to be.

It becomes an adventure in its own right when you look for these guiding hands and finally find them. Don’t be so damn pig headed about doing things your way as I once was in the Marines. Made for a great book but caused me a lot of pain too.

The photographer of this post’s featured photo: Olga Guryanova