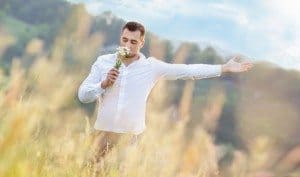 For those of you who know me well: how about that picture, huh? I love it.

It was as antithetical to my feelings on starting the day early as I could find.

Hilarity aside, there’s power in this perspective. Certain things are better during the day.

I have always preferred the night, going back to my childhood

The world is too noisy for me.

My brain is so active, or I am often searching for thoughts so deeply, that the racket from the rest of The Great Unwashed is damn near painful to me.

There is a flow to the nights that is completely different to the vibe on days. There’s less bullshit, less hassle, more calm, and often, more sense.

Without the confused energy that permeates most everything during the day, the big work can take place

For me, that always meant writing; both words and website code. Or just sitting quietly, pondering The Situation, whatever it was at that time.

But for years, as I studied how to become more effective, more successful, all these fine folks were telling me that there was no way to achieve either without starting my day early.

I understood where they were coming from but disagreed mightily, for years.

I just couldn’t do it.

I’d get up early one day, maybe two or three, but then I’d become overwhelmingly fatigued, sleep 10-12 hours and get back to “normal”.

Over the years, many of my jobs were at night or had extra night shifts embedded with the days or just had insane amounts of overtime.

When bipolar became my new bestie, regular sleep went out the window for about 8 years. I never knew when I’d be up or down, for how long, or how deep.

None of this allowed for wanting to be up during the day.

As I sorted out all you see in this site, I needed the quiet that came from a sleeping household, not to mention the peace, in order to do it.

And there’s another thing: in the morning, there is that ominously pending moment when someone is about to get up and fuck up my flow.

Even if it’s hours away, I know it’s coming. Puts a tiny but powerful anxious edge to my ability to remain Zen.

At night, you know they’re all staying down for as long as is needed to get the work done. That’s peace for me.

So right up until a couple months ago, I’ve been a night work proponent of the highest magnitude.

But then I got clarity

Everything I said about the night is still true for me but I came to realize some things:

This overall awareness gave me the framework to make the necessary internal changes to be OK with walking in the Sun.

I like a good challenge, for one. I like self mastery, for two. And I actually know what the plan is before I even go to bed the night before, which gives me peace. Number three there is a biggie.

For years, I’ve written down what I want or need to accomplish the next day.

That’s a very powerful success tip that many teachers espouse. Goes all the way back to Andrew Carnegie, the steel magnate. Doing so enabled me to make huge personal evolutionary changes.

But as far as a specific, daily set of routine tasks? Had none. Wanted one bad.

I have a life that allows me to sleep or not sleep whenever I want.

It’s a big freedom and one I’ve massively enjoyed over the years.

But it’s also a curse.

As much as I hate the thought of ever being an employee again, I came to miss The Routine.

Employees, whether they’re happy or not, have the comfort of knowing what they’re supposed to be doing each day.

If they hate what they do, well then that’s also a curse. One that played a part in my growing hatred of employment.

But some sort of discipline and routine has to be in place as you go for your next big step.

I’ve known about all this for years too. And I craved it, even as I enjoyed the freedom that came from not actually having to do it.

And it is a requirement, I feel, when one is truly working out the big issues, to just do so however it seems to work best. Parameters screw up the successful completion of that task.

But I eventually reached the point that made it mandatory for me to face the Sun again, with the majority of you.

And my newest level of clarity has made me OK with that. Digging it, actually.

It’s a big part of how I got back to writing every day. And that–the regular creation of what you’re seeing now–is like falling in love all over again for me. I’m glad to be back!