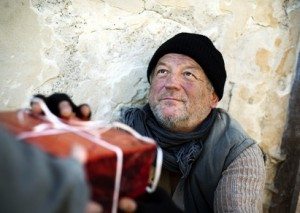 Once you reach a certain age, you feel some urge to give back, even if you’re currently hurting.

You know someone always has it worse than you, and sometimes you’ve been that person in the past.

You’ve possibly endured hells that have nearly ended you. You sometimes sit in grateful silence looking back on it all, wondering how you even survived this long.

You’ve made it out and realized that those were things no one should endure, if money could have any say in it

Now, thinking on that pain, review any charitable donating you might be doing.

Do you really feel, deep down in your gut, that twenty bucks here and there or a thousand once a year is really keeping others from that pain in any great way?

Or would you like to make a serious difference by:

Or doing something even greater?

How satisfying would it be to utterly change for the better the way your favorite charity operates?

Or how far they could extend their ability to do good?

You could do this as an epic donor

And for many people, they’ve lived such a cash strapped life that they’ve never even felt the urge to ask these types of questions of themselves.

They’ve been too busy just trying to stay alive at all times.

If this is a new concept to you or if you give already but have never truly considered scaling up your donations, how awesome would it be to do so just because you could?

How fantastic would it feel to change someone else’s life for the better in a way you could easily afford?

Let’s face it: it’s easy to give when it doesn’t hurt so bad. That is simply a fact.

This is one of the biggest lessons I’ve ever learned in my life, although it took me a long time to fully grasp it.

Once you strive to take care of others, your needs will automatically be fulfilled.

It’s not magic and it probably won’t be immediate.

But you will get what you need as you help others do the same.

And the experience will change you. Trust me.

Giving on a large scale is a thought we’ve all had or still have when the cause is that important to us.

But you don’t need to give until you’re empty

Don’t become a martyr in doing this.

Because then your ability to give is over and you’ll no longer help anyone.

Not to mention you’ll be staring at this situation from the other side of the fence.

You don’t have to save the world. Just your little piece.

Or maybe not so little.

Please allow me to share a pet peeve. How many times have you heard this phrase?

If it helps just one person, it will have been worth it.

Yes. This is true in an altruistic sense. And it is incredibly true to that one person!

Why? Because it’s a type of cop out to my way of thinking.

It seems an incredibly inefficient use of my time and time is all any of us have.

Let me clarify: I am speaking about “reach”

If you’re whole world is caring for a sick loved one or dear friend, then that’s all you can or should concern yourself with right now.

“One” is the absolute most important number for you and totally necessary.

But, in reference to doing the most good with what I have, “one” is not a satisfying measurement of accomplishment to me.

If I’m going to bother at all, I want to impact hundreds, thousands, and millions!

And why not? You’re gonna put in the work here the same as anywhere else.

If you’re going to blow it all out as you help other people then you might as well do it in a way that helps an exponentially larger amount than “one.”

My post about Donald Trump covers this line of thought.

Life’s too short to play small, even in the arena of giving

Especially in that arena.

I’ve been a personal witness to people who cared more for others than you’d believe humanly possible.

But they couldn’t get enough people the help they needed due to the caregiver’s inefficient use of time and resources.

Did that make these people bad or stupid? Hell no!

But it did make them ineffective.

And it meant that many people who needed them went without.

I want better results than that from my efforts. For me and for the recipients.

We both deserve for me to become the most effective and efficient that I can, in order for us both to get what we need for the effort.

Once your head is right, the plan will present itself.

It may be here in these pages already. Or it may be someone I lead you to from here.

But you won’t see it until your perspective allows it.

So let’s get your head right and help you to effect massive change on the world in whatever area pleases you most.

Folks out there are counting on you to do just that. Don’t let them down.