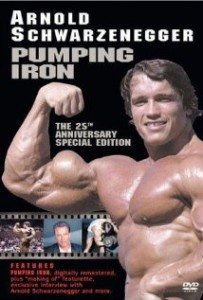 This is what Arnold told Lou Ferrigno, his chief competition at one of the Olympias, in the movie “Pumping Iron.”

He was psyching out Big Lou, prior to the actual competition. He was doing whatever it took to cement his victory beforehand. But he believed it too!

And that, above all else, is why I’ve always admired Arnold and have paid attention to his methods of success.

He believes in himself totally and completely!

Some may call that arrogance, and I gotta imagine Arnold’s had his moments with that but that’s not the true underlying driver.

He has no self-doubt!

You need to develop, within yourself, this same sense of belief in your own abilities.

I started following Arnold when I got into weight lifting almost thirty years ago.

As I grew older, I watched Arnold grow in stature and saw his list of accomplishments range farther and wider afield from his original bodybuilding roots.

He studied real estate and art at night school. He was a roofer while competing in various competitions.

(You ever roofed? Now imagine doing that AND weight training at Arnold’s level of intensity. Talk about the will to win!) 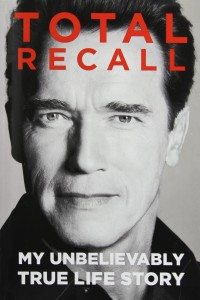 He got into acting and became the biggest star that ever lived. Did I say best? No. That would be ludicrous. But he was the most successful and that’s all that mattered to him and to me.

He set a goal and went after it and was relentless in his pursuit of victory in that arena, just as he did in bodybuilding.

Then he took a shot at ruling the world and became the leader of the 5th largest economy in the world – Kahleeforneea. (As he said it.)

He decided to have something and he did not stop until he had it.

This is how a warrior thinks and acts

To be sure, you need to have solid goals based in reality and you need guidance.

But you have NOTHING if you don’t even believe that you’ll truly achieve whatever it is you’re setting out to accomplish!

I’ve faithfully followed Arnold’s career for over 30 years now because he’s a winner.

Has he lived the perfect life? Has he been a good boy at all times?

But seriously, once you’ve lived long enough, who has? As a celebrity, and a cocky one at that, we hold him to a higher standard and then he gets crucified when he falters. That’s just the price of fame.

But even when he falls he gets right back up.

Because that’s what CHAMPIONS do!

Honestly, I don’t really care if someone doesn’t like Arnold. I know why they might feel that way but I am a rabid supporter of his mission. Not his politics or anything. Just his mission to be the greatest at whatever it is he aims himself at.

And I am grateful for what he’s taught me over the years, which is:

Am I a fan? Sure.
Will I voluntarily blind myself to reason when discussing Arnold?
Ha ha! Yes I will!

But beneath my attitude on this one gargantuan topic, stay clear on the driver.

Do you think you have what it takes to move forward on your mission or goal? Is it a large goal that excites and scares you in its enormity?

I hope so. Nervous laughter when discussing your goals sometimes means you’re on the right track!