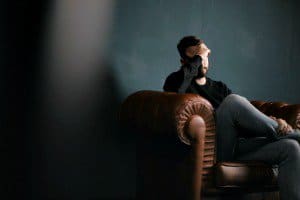 I pulled together some random thoughts out of the ether and from some letters I’ve received.

Bipolar and depression really does a number on the family and friends that surround us.

It hurts them enough just watching us suffer. We the ill, then add to it by mistreating them with our shitty bipolar attitudes and warped thought processes.

This is not our fault most times.

When you’re sick from an illness that directly causes your brain to malfunction, you can’t really be held accountable for the evil that might spew from your lips.

It’s not a character flaw, it’s a malfunction.

But people are people and some sick people do live in families or have friends who are not dealing with them in the kindest of fashions.

I have been blessed to have family that supported me throughout my illness and now they revel in my wellness with me.

They stuck it out, manned the parapets and kept me safe from the world, and from myself, as I did internal battle with this beast of a disease.

Some of you are not as fortunate as I was.

Your families not only don’t understand but won’t try to either.

They lay blame, maybe they ridicule you, or just hurt more than help in how they interact with you on a day to day basis.

If you fall into this group then I’m truly sorry.

If you’re still making your life move forward despite these odds, then you are to be commended.

I doubt I could have done as well as you back when I was sick without the support of my family.

I would have left home and evaporated into the system, I’m sure.

But I had my “ass moments” as well. (Only a few hundred. Didn’t want to work them too hard.)

I have no idea how my family did as well as they did with me for so long. I didn’t make it easy on them.

My dad worked very long days, so he wasn’t home to deal with me much. I’m speaking of recent years as I fought the bipolar.

Mom had to get it all.

I wasn’t a tyrant though. We talked a lot. A whole lot!

She helped me immensely as my sounding board. She listened to my ramblings, compared now to then, and gave me feedback on what she thought of my thoughts.

She closely monitored my behavior and was able to help me pinpoint what things in my day caused me to do whatever.

By her doing so, I was able to eventually get better and then come up with the system I now can share with you guys.

Back to my dad. As I got older, the differences between he and I developed into an almost uncrossable gulf.

Nothing bad, we just didn’t relate on anything anymore.

We had totally different likes and dislikes, and completely different life experiences, to the point we couldn’t find common enough ground to have a conversation about much of anything.

On top of that my dad speaks very little if the conversation is out of his realm of interests.

Me? I am the original Chatty Cathy.

As a son, I wanted desperately to bond better with my dad who is a fantastic person, but couldn’t.

Now, being sick and suffering I wanted his help and nurturing as well and he just wasn’t ponying up as I thought he should.

Nothing about me was his fault and he didn’t know what to do about any of it.

Beyond that, he financially kept this whole show afloat.

He wanted to say something to me that might help but he couldn’t even begin to guess what the right thing to say might be.

All of this developed a resentment in me towards him, proof positive that I was sick.

As I got better, I realized what a dick I was being towards my dad, even if it was only in my own head.

But you know what a cluttered warehouse of broken parts that structure was.

Part of me becoming well again, was twistedly forgiving him for not being able to connect with me like I wanted.

Then I had to let go of the pain (that only existed because I let it), regarding my hurt I felt he was responsible for.

As more time passed, I could get an even bigger view of all this and became amazed I ever thought such bad things about my dad, who clearly loved me through the whole mess and did everything he was capable of to get me out of it.

He even bailed me out of jail once in the middle of all this. 500 bucks!

Today, nothing’s changed as far as me being able to relate to my dad. Not a thing.

But it doesn’t bother me anymore and I know he loves me his way.

And when I need help or advice that is in his areas of knowledge, he always steers me where I need to go.

Maybe if you’re struggling with family because you’re ill, take a breath, take a step back, and see if you’re doing something similar to what I was.

Maybe this isn’t you at all and you really have a bad scene at home.

I’m just saying, make sure that if it IS avoidable, you may be creating a pain that only exists in your mind and you’re hurting yourself for nothing.

The photographer of this post’s featured photo: Nik Shuliahin