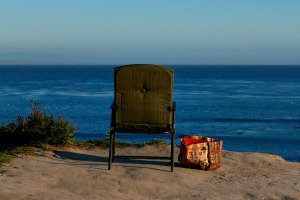 Where have I been? Well, this absence took me to the same place any other does: straight to the bowels of Internet Hell.

OK. It’s not that tragic. But it does have a similar stink to it, once you’re in it.

You’re not dying. But you are fighting tooth and nail to escape, all the same.

I was doing battle with The Technical

Amazingly (or not) I see from reading my last episode’s material, I never really went anywhere new.

I stayed right where I was except that everything got harder.

I was fighting my own back end systems, while doing all I could to help the one man who does the same for me.

My chiropractor had some major meltdowns with his office equipment, plus I started a new push to get his clients to leave Google Reviews for us.

It’s a bitch trying to get people to leave reviews.

It’s also ironic, because I am someone who rarely gives a review for anything either.

So I’m managing that fracas, while trying to demystify the lack of communication between his printer and laptops.

Hours of tedious bullshit spread over two separate days, but I got it in the end.

I also did some major overhauling of his website. Made the colors brighter. Simplified the info so people would understand quicker what it was he offers.

Found 3rd party videos to put into his site to help people understand what he does there.

My absence involved a fair amount of overhaul on Outsiders Journey too!

You’ll now see there are dropdown menu items in the menu bar.

Getting the code right to make this happen has been a 2+-year long dream of mine. I finally unraveled it just last week!

You gotta remember; I’m self taught on all of this. I almost know what I’m doing half the time!

I also chopped up the material on my About page and made it into 3 individual pages. Now it makes more sense to me and is easier to digest for visitors.

And, God willin’, I’ll have made a cleaner sounding piece of intro music for this podcast by the time you hear it.

Some of the older episodes have a nice sounding intro. Then I flubbed something in Audition and wounded said intro.

I never did figure out how to repair it. And since the key is to keep moving as best I can, I just kept reusing that faulty intro. But it sounds terrible.

Hopefully, I’ll have wrangled that problem to the floor and stomped its guts out too. (But whether I get it now or not, I’ll get it. I always get it.)

And in the midst of it all, I finally completed my membership offering!

Well, it’s not 100% complete but the remaining shit ain’t but a thing to solve.

Update AUG 2018:
System got finished and worked great but I found a faster way for you to get what you need from me and save myself a bunch of time too. Just click on the Blue Lady or the Green Field in the sidebar. The Journey starts there now.

If you look up at my menu bar, you’ll see the new Members Only area.

My two (so far) free systems are now secured inside the member’s area. So become one and you get them.

I’ve had them openly available for a long time.

Decided the least people could do for all the years and effort it took me to develop them was give me their email address.

And let’s get to be friends on a whole other deeper level!