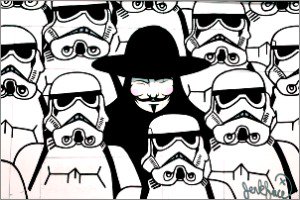 I thought I’d left behind the idea of actively sharing anything about my bipolar past.

I have always wanted my material to be available to those who need it most.

But my first run at doing so turned into a bitterly stressful dead end.

In response, I began Outsiders Journey.

I wanted to branch out into new areas, while still giving out all I’d learned to beat bipolar.

So I designed parts of the site to passively share that info without embroiling myself in the same shit I’d encountered in the past.

There were many powerful reasons for how and why this came about, all of them having to do with my incredibly humbling naivete in more areas than I’d care to admit.

I had learned so much. A vast amount of information and hard won experience.

But the Universe had only begun to shine light on the bigger lessons.

Life spanked me on me bum

I’d had a rip roaring bipolar help fest of a business underway for awhile. But it ultimately brought so much bullshit into my life that I had leave it all entirely.

People were reacting to my news in negative ways I never foresaw. I learned embarrassing amounts of info that made me see I was not as right as I thought I was in a few key areas.

And I wasn’t helping people anywhere near as well as I thought I would.

I got confused, frustrated and incensed. I was also at a complete loss as to what to do with my life.

I tried to “hide” inside Outsiders Journey

But in the course of developing this site, I began to see how avoiding the bipolar shit was just not gonna work.

I had too much to say.

Too much of a desire to help others with what I’d learned.

And I found myself speaking about it even more in person-to-person meets than I had since first walking away from it all.

I mean this in a global/royal sense.

I fucking beat bipolar. And one of the ways I stay sane is to not let it become the focal point of my day in any way.

So I’m going to let this podcast do its thing. You guys respond as you see fit. We’ll see how I react to that.

Ultimately, I WILL figure a way to use this info in a way that helps us both.

But for now, just take what I have to offer and use it as you will. If it helps you, please tell others.

I made it out. Maybe you will too.