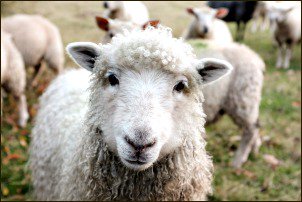 The reason why most people who win the Lotto lose their money so fast and so consistently is that they never earned it!

It’s a responsibility, being handed that much cash or power.

It’s a skill to maintain its presence in your life.

And if you’re not up to it, then you don’t get to keep it.

They were unprepared for the duty of controlling all that energy

And right there I’ve just shared two important points about money and the power that comes with it.

Money will die just like a potted plant that you neglect to feed and water.

Any manager of any complex system will tell you that you must be knowledgeable in its maintenance and appreciative of its performance.

But the part that fascinates me most about money is that bit about energy that I stated above.

Money has to be kept on the move in order to flourish!

It’s an energy that multiplies itself as it’s put into play.

Your decisions over how this is so will also determine if it evaporates or not.

And that’s where the responsibility part comes into play

Robert Kiyosaki can help you wrap your head around much of this through his material.

His books opened my eyes to an entirely new reality that changed the course of my life.

Then I learned, working side by side with many of my mentors or learning from their material, just what it takes to get the wealth you desire and deserve.

I also learned what it takes to keep it under your control, as well as further its growth.

It takes a lot of work, planning, and knowing your heart to get you finances where you want them

I’ve been in offices as million dollar deals were being structured.

I’ve witnessed many smaller deals transact where the people involved were risking their entire livelihoods.

I’ve sat in on deals where my partners or mentors at the time were too wishy-washy, too vague, too deceptive, or covertly just up to no good and those deals never came to fruition.

Now, does that mean an amoral person can’t get rich?

Please. We all know better.

They can and do but they pay for their decisions in other ways that are not part of this post’s discussion.

But even those guys knew what it took to get that money and keep it and make it grow.

What the money means is purely subjective

What does a screwdriver mean to you?

It’s one thing to a mechanic and something entirely else to a serial killer. One uses it to fix. The other to murder.

But it’s just a screwdriver, regardless who’s holding it or why.

It can’t be anything until you give it a purpose.

Your intentions change its meaning

Get it? It means whatever you need it to mean when it’s doing the thing that only it can do.

But in your hands it becomes an extension of you.

My mentor Bill Harris can help you understand why this is. He handles how the mind works.

Money is simply one more thing we give meaning to. I’ll let Bill explain the rest.

I think many good people never get the incomes they deserve, do the great works they’re capable of, or become a force for good because on some level they already know of this impending responsibility and they don’t want it.

I’d convinced myself that any type of wealth was simply impossible to attain, so no need to even try.

I thought it was cut and dried when I first considered going after it.

But as I got older and began seriously desiring an upgrade in my quality of life, it became clear to me what I might have to do to go get that money.

And the mere thought of that level of responsibility gave me a headache.

I got honest with myself around this point.

I realized that in order to get what I wanted out of life, to help those who meant the most to me, and to build my living legacy…

This is only a self-esteem issue in the very beginning.

Because eventually, you get the self-esteem to realize that you must become a better leader of your own thoughts and emotions.

You empower yourself! Then you begin the work of getting to that monetary goal.

I am not there yet but I am in a hell of a lot better position in life than I was when I first started having these thoughts.

Now what about you?

Then read the rest of my site.

There’s what I’ve learned the hard way that I can pass on to you and save you a lot of wasted effort.

Then there are the people I trust who are ahead of me, whom I can connect you to and we can run together!

The photographer of this post’s featured photo: Sam Carter